Excellent character development and setting, another epic Historical Soap Opera, Jakes creates unique characters, some you just love, and others you absolutely hate! Looking forward to reading the rest of the Trilogy very soon!! A very popular book but by reading it, having enough patience to get almost to the middle, I understand that it's just a mediocre literary soap opera, not for my tastes.

Dec 05, Peter rated it it was ok Recommends it for: Civil war buffs, harcore Jakes fans. They have hundreds of books there, and the recommended donation is ten cents per book. At that price, I can buy all sorts of stuff that I'd never buy otherwise! After I finished it, I found out that it was the first of a trilogy. So I picked up the rest of the books at the library yay library!

John Jakes has written science fiction as well as quite of few of those massive tree-killing multi-volume sagas telling the story of a family from the day it evolved from slime mold to the day its eldest son becomes King of the Universe sorry, I just channeled a bit of National Lampoon's Newspaper Parody. He's not a bad SF writer, although most of his genre fiction came earlier in his career; I imagine that when he found out how much dough he could rake in with those historical megabooks, he found it difficult to write good old low-paying SF.

But he wasn't a bad writer. The North and South series wasn't bad.


It killed a week or two of spare time. But I do have a couple of reactions: 1. I am an abused reader. I'm not kidding. The novels are set before, during, and after the Civil War. There's some pretty rough stuff in them. When I reached the first scene of semi-torture, I found myself tightening up. Feeling almost panicked Because I'd recently been exposed to the torture-porn book Chung Kuo by the despicable David Wingrove. I feel as if Wingrove tried to rape me, mentally, and now there's part of me that fears that each new book, each new author, will do the same.

John Jakes is an older-school author, of course, so he didn't get too graphic. And what torture there was, was less horrible because unlike the obviously mentally ill David Wingrove, Jakes didn't glory in the torture. I swear, Wingrove probably manually gratified himself over some of the filth that he wrote. Good heavens.

I didn't realize I'd be getting so extreme in this review. I honestly do feel as if I've been abused I'm enraged at the mere memory of Chung Kuo. At one point, the worst bad guy in North and South - a psycho - kills the wife of one of the protagonists. He cut her throat with a razor and uses her blood to write his name on her mirror, so her husband will know who did it.

My reaction to reading that? John Jakes didn't play fair with the reader. In the first book, he introduces a sympathetic character, Cooper Main; he's the older brother of one of the main protagonists. He's a southerner, but an extremely progressive and enlightened one. He opposes slavery, arguing bitterly with his father over the issue. His story is told in the second-person, but we get into his head enough to see that he is honestly sickened by slavery, and is highly intelligent and forward-looking.

When the war starts he is saddened, but surprised by a feeling of love for his home state. He takes a role in the Confederacy's navel research department, but it is soon clear that he doesn't believe that victory is possible, and that the war is a tragic mistake. Eventually he marries, and has two children. Then his son is exploded and drowned while they are attempting to run a Yankee blockage.

The character goes insane. He becomes hateful, obsessed with vengeance, spending day and night trying to build new weapons "to kill Yankees". He verbally and emotionally abuses his wife and daughter, and strikes his wife. This is all the more difficult to read because the story of how he met and courted his wife was quite a romantic story. This behavioral change is consistent with PTSD, of course. It seems a bit extreme, even so, but I'll allow for a bit of artistic license.

But Jakes didn't leave it there. The character got worse and worse, until I had to wonder why the hell his wife didn't leave him. Jakes was bending the plot so far that it was in danger of breaking!

And then the character himself had a total breakdown, went insane, and suddenly came back to his senses. He was his old self, but changed: he now believed that peace was all-important, and declared that he was leaving the war department and returning to his ancestral estate to help sow the seeds of peace and reconciliation. It's clear that equality for the soon-to-be former slaves is part of what he planned. But between the end of the second novel and the beginning of the third, the character apparently underwent a complete rewrite. No longer devoted to peace, he became a ranting, close-minded bigot and ally of the Ku Klux Klan - a pure villain.

There was no explanation, no evolution of the character, just a sudden, massive change which Jakes pretended wasn't much of a change at all. It was like "BOOM! I had a bad bowel movement. Now I'm an evil Southerner again! 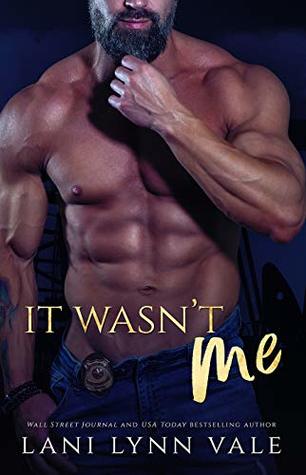 Totally ridiculous and unfair to the reader. I can only guess that Jakes felt he was running low on antagonists, so he had to quickly convert a sympathetic character into an antagonist. That was annoying AND clumsy, Mr. Did you think the readers wouldn't notice?

I can't really recommend the series. If I ever read it again, it could only be out of desperation.

Say, if almost every other book I own somehow disappeared Come to think of it, my computer would have to be broken as well. And my family would have had to lose the ability to speak or play boardgames. And the phone would need to be down as well. It wasn't an awful series, but it wasn't very good. John Jakes can and has done much better.

The length of this book though was like reading three other books and put farther behind on my TBR pile. Really loved this book. The style is third person omniscient which usually I don't prefer, but Jakes pulled it off. I don't know how I missed this book back when it came out. I think the cover might have had something to do with it. The cover at the time did not depict the seriousness of the book. I know, never judge a book by its cover.